A New Benchmark of Sector Productivity in the United States and Western Europe, ca. 1910

ABSTRACT: The debate concerning the exact timing and causes of changes in economic leadership constitutes one of the central themes in economic history. This study aims to improve the measurement of economic performance in the United States and Western Europe (Britain, France and the Netherlands) during the long nineteenth century by constructing a new benchmark of sector productivity and new estimates of comparative gdp per capita and per worker. Our main finding is that the Anglo-Dutch and Anglo-American take-overs should be located earlier in time than suggested by the conventional Maddison database. We offer an explanation for this result by looking at differences in sectoral productivity performance as well as the different structures (sectoral employment shares) of the economy. 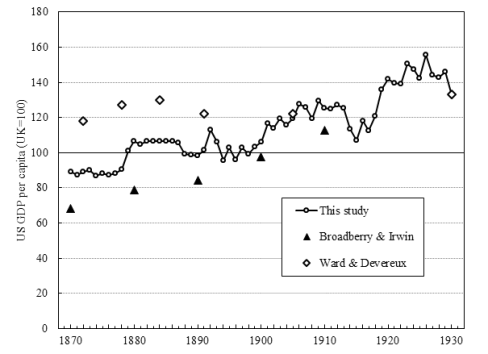 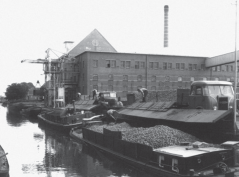 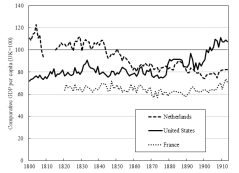